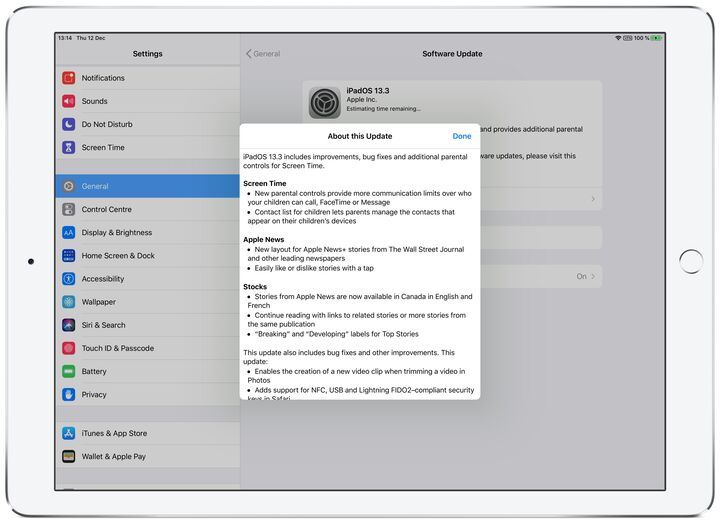 This update also includes bug fixes and other improvements. This update:

Don’t forget to backup your device before updating.