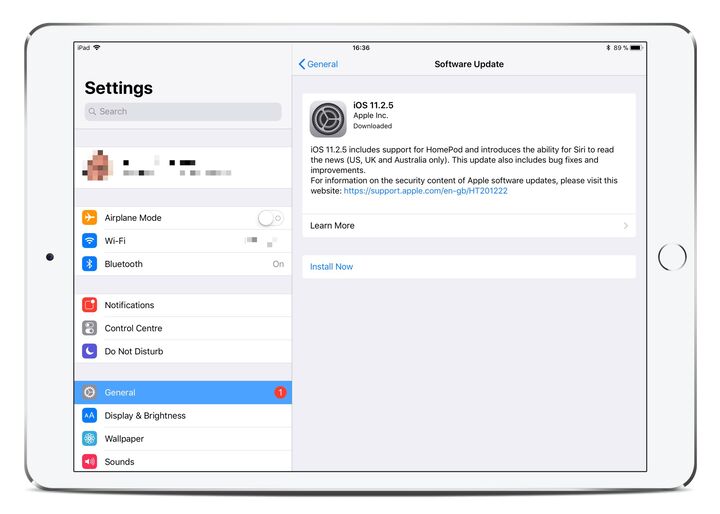 These are the changes:

• iOS 11.2.5 includes support for HomePod and introduces the ability for Siri to read the news (US, UK and Australia only). This update also includes bug fixes and improvements.

• Set up and automatically transfer your Apple ID, Apple Music, Siri and Wi-Fi settings to HomePod.

• Siri can now read the news. Just ask, "Hey Siri, read the news". You can also ask for specific news categories including Sport, Business or Music.