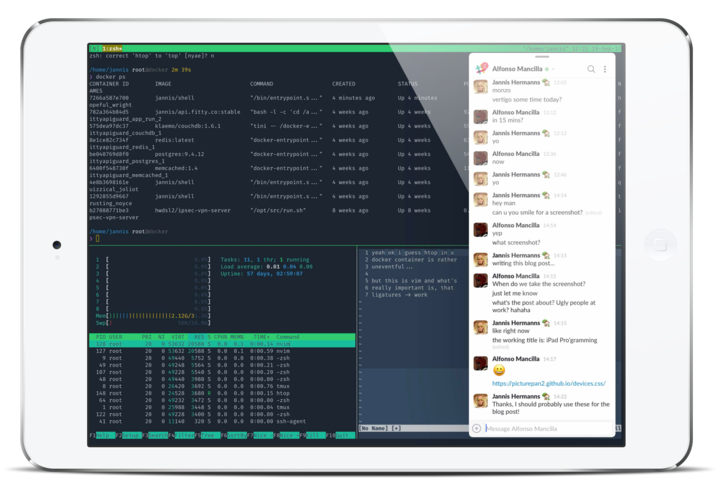 Jannis Hermanns ditched his computer to use iPad for his programming work. Sort of. Here’s his introduction:

”In the summer of 2017, I wanted to know what it would be like to use an iPad Pro as my main computer. I found out that it can actually work, thanks to an iOS app called Blink, an SSH replacement called Mosh, iOS 11 and running stuff on a server.”

The iPad Pro as main computer for programming

One of the apps mentioned in the article is Blink, an SSH client for iPad:

» Blink in the App Store