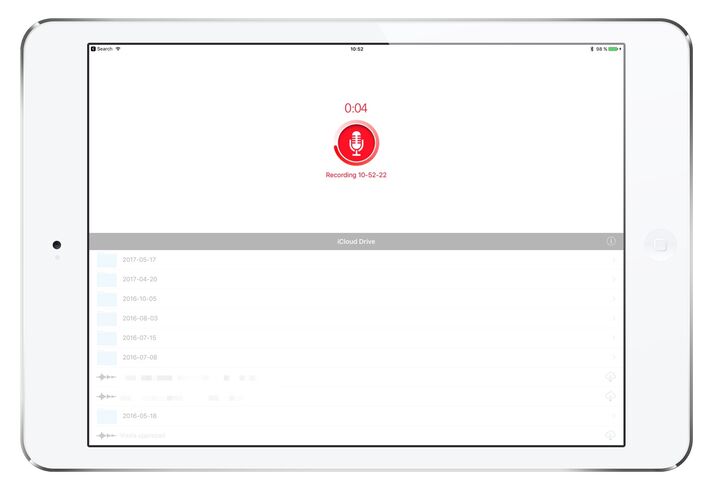 Start and stop, that's about all Just Press Record does. In the background it does a lot more.

Just Press Record automatically saves your recordings to iCloud and synas them between all your devices so you can reach them from anywhere. If you want it can transcribe your recordings so you get it in plain text too.

You can let the recording happen in the background while you work in other apps. I usually take notes during meetings. The recording doesn't interfere with that.

Your audio recordings are saved in folders named after recording date and the tracks are named by time of day. You can easily rename them to anything you like.

This is a universal app that you can use both on iPad, iPhone and Apple Watch. There is a macOS version too. It cost 5 USD. Ease of use and reliability has convinced me to stick with Just Press Record since it was first released some years ago.